Stay informed and organized with our hands-on approach for every job.

Our portfolio is diverse in a wide variety of industries consisting of commercial real estate and investment companies. As for our commercial real estate, we have acquired, developed, and managed over one million square feet of office, medical, retail and mix-used properties. As for our investment companies, we've invested in real estate, wireless communications sector, hospitality sector, and the multi-family sector. Barbat Holdings evaluates companies at all stages. 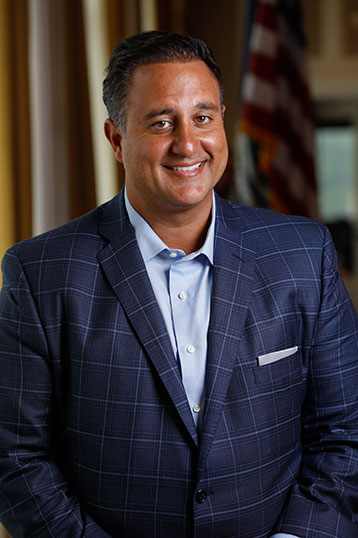 Known for pioneering the wireless retail concept by offering wireless communications from multiple carriers in a single store, Joe Barbat is responsible for building the organization from a stand-alone kiosk at age 18 into a multi-million dollar company with 200 retail locations in 24 states.

Barbat’s success has led to recognition as an Ernst & Young Entrepreneur of the Year Central Great Lakes Award Recipient, joining the ranks of recipients such as Microsoft’s Bill Gates and Michael Dell.

Mr. Barbat is a regular contributor to the March of Dimes, Feed the Children, Our Lady of Refuge, St. Thomas Chaldean Catholic Church, Habitat for Humanity, Adopt a Refugee among other charitable organizations.